LockedIn: LinkedIn’s control of our voice and data

LinkedIn has the power to silence people on their platform and eliminate their voice and potentially kill their businesses. 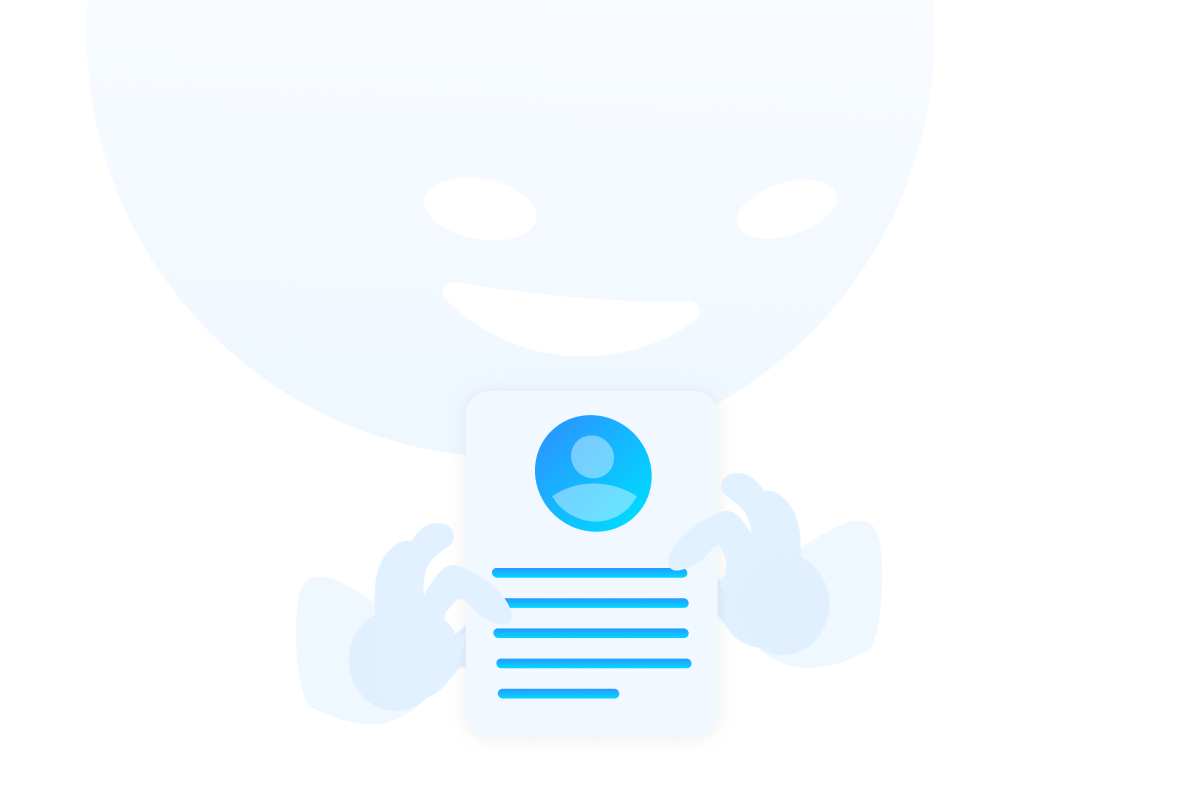 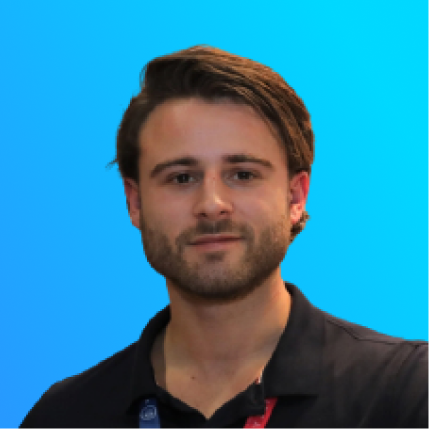 A couple of days ago I opened my LinkedIn account and I saw this:

I got quite nervous about the thought that LinkedIn would ban me for life from the platform. It struck me that a single company could kill my visibility, my opportunities and partly my business.

Luckily, I found out that this temporary restriction was a result of a technical bug on LinkedIn’s side and the next day my temporary ban was corrected.

If you’re in sales, marketing or business development, a permanent ban might cost you your career. Let that work in for a moment.

Not only individual users of the platform, but also competing businesses have been a target of LinkedIn’s power position.

In this article I’ll provide some significant recent events that point to LinkedIn's monopoly position on professional data and that suggest LinkedIn is misusing their position to keep it.

You might not think that this is a problem for you and I totally relate on the face of it. But I dug a little deeper into the true stories behind the platform and found some things that raised my concerns.

Think about this: who is controlling access to your professional data? Is it you or is it LinkedIn?

Why LinkedIn has a monopoly on public professional data:

Some of the questionable things LinkedIn has done:

You can read further details on these events later in this article.

How LinkedIn has become a monopoly on public professional data

In the tech world, there is this thing called networking effects.

Networking effects are the phenomenon of a company’s product or service increasing in value as usage increases.

In LinkedIn's case we talk more specifically about personal networking effects; each additional user for LinkedIn is not only an additional user but also a user that creates more value for the other users in terms of connection, content or engagement.

For a platform like LinkedIn to work, it is valuable if as many people as possible join this one platform.

Because of this effect it is almost impossible for other professional social media platforms to get a significant share in the market.

As a result of this, LinkedIn has seized a monopoly on the market of professional data. LinkedIn now has a power that is similar to the power that telecom companies had back in the days when there were just a few providers of telephone connections. LinkedIn's power is to connect professionals, and they are basically the only player in the market that does so (next to significantly smaller and more local players like Xing and Viadeo).

LinkedIn is owned by Microsoft, which is the most valuable company in the world today. Microsoft owns GitHub, the biggest platform in the world for engineers to share code on.

How LinkedIn is acting upon owning our professional data and voice

If you look at the power that LinkedIn (Microsoft) has, you could ask questions on how desirable this is for us, the users.

Over the last years, LinkedIn has exercised their power in some questionable ways; users were banned, LinkedIn agreed to censorship in China, deliberately shields off data and tries to eliminate competition.

Some recruiters have been banned from the platform because they were viewing a lot of profiles or sending a lot of messages.

Some of them were doing this manually and some probably used automation tools.

The complexity of the problem is to balance a high quality platform with basically the freedom for the people to use the platform in any way they like.

Some examples of people who were banned:

Some posts and people get banned with the argument of ‘false and misleading information’. An example of a ban notice is as follows:

“Your account has violated the LinkedIn User Agreement and Professional Community Policies. Due to the number and/or gravity of these violations, this account has been permanently restricted.”

LinkedIn is notoriously vague in these situations. They usually don’t share any argumentation on the exact reason why they banned a user.

I think banning users should be possible when necessary, like when people glorify violence. But even in this case a good argumentation is necessary to prevent powerplay from a single platform.

One the one hand almost any company, organization or club like your local football club could ban you if you break the rules. But platforms act at a very different scale and being excluded from them can mean end of business for you.

Having the power to silence the most scalable and powerful voice that people have nowadays, their digital voice, is power no single company should have.

The problem of the actual amount of banned people might for now still be relatively small in numbers, but the actual problem is fear:

When platforms like LinkedIn start banning people without clear explanation, people fear that it will also happen to them and therefore are restricted in their freedom of speech and freedom to act.

2. LinkedIn’s censorship in China (before pulling out)

When LinkedIn entered the Chinese market, they agreed to cooperate with the Chinese policy of censorship.

A Chinese activist for example was silenced by LinkedIn stating “While we strongly support freedom of expression, we recognized when we launched that we would need to adhere to the requirements of the Chinese government in order to operate in China”. Without a clear reason, Fengsuo Zhou's account was blocked. It probably had something to do with his leadership position at an activist group.

My LinkedIn account was blocked by LinkedIn in China, a day after my other social account was blocked in China.This is how censorship spread from Communist China to Silicon Valley in the age of globalization and digitalization.
How does LinkedIn get the order from Beijing? pic.twitter.com/CMC8K0aIpo

He was not the only one. Agreeing to censorship means this global tech giant cooperated in limiting freedom of speech of people like you and me.

LinkedIn has recently pulled out of China. The Financial Times writes “LinkedIn agreed to abide by China’s censorship rules when it entered the market in 2014, despite the company pledging its commitment to free speech... LinkedIn fell foul of the rules earlier this year, and had to step up its blocking of content...".

Not sure what to make of this story, but what's surprising to me is the the minimum amount of detail you can find online on this story. It feels like it is not in favour of either LinkedIn or the Chinese government to share too much detail on what has happened.

As with the argumentation for banning certain people, LinkedIn also failed in this case to explain their rationale to the public and be transparant about the motives for their actions.

3. Shielding off data that is intended to be public

What profiles you see on LinkedIn depends on a lot of factors. One of them is if you are a paying member. Non paying members get tight restrictions on the amount of searches they can do for example. Also the level of connection you have to someone is counted in. If you are a non paying LinkedIn member you get to see limited information for 3rd degree connections (members who are no connection to you and also not to your 1st connections).

LinkedIn's pricing is not very transparant, but recruiters pay up to $12.000 per year for a LinkedIn Recruiter seat with which they can search.

Next to the high paywalls that LinkedIn enforces, they also shield off the public profiles from other companies by enforcing authorization walls. An auth wall is basically a programmatic restriction for viewers of web pages. Users and companies that are suspected to view public profiles at scale are automatically blocked from viewing profiles based on their IP, cookies and other details.

4. An attempt at eliminating competitors who make use of public data

In 2017, LinkedIn sent ‘cease-and-desist’ letters to hiQ, a company making use of publicly available information on LinkedIn. A cease-and-desist letter is basically a legal memo in which one company insists another company to stop an activity that they think is in conflict with their terms. Soon after LinkedIn’s legal threats, LinkedIn bans hiQ from its platform killing their operations of getting data and risking their business.

The case got to court and the court decided that LinkedIn did not have monopoly rights to personal data made publicly available by its users. Good luck for hiQ, and a blessing for individual LinkedIn users.

Imagine that LinkedIn is the sole owner of personal data made publicly available. They could shield your data based on their own terms whenever they wanted, based solely on their own (commercial) interests.

As of 2021, LinkedIn continues to exercise their dominant position in the market as if it owns our personal data. These actions suggest that LinkedIn believes the data on their platform actually belongs to them. But from a user perspective I argue that’s not the case.

When you make your profile including it’s information public, you wouldn’t expect LinkedIn to shield it from the public would you?

I want people to find me online. I want people to hear what I have to say. And I don’t want LinkedIn to decide over how accessible my data is and which companies get to distribute it (Google) and which don’t. I want to have my public profile out there for the world to connect with me.

LinkedIn’s obligation to the people

LinkedIn makes the crucial mistake to persist in trying to own people’s data. A company shouldn’t own anyone’s data.

If data is made public by the user, it’s public, period.

People are getting more conscious about what happens with their data. If people would have to make a conscious decision, I doubt they would agree to having one platform ‘owning’ their data, shielding it off from the public and have them exploit it commercially.

In all of the above examples mentioned including banning users and suing competitors, LinkedIn is exercising the power they have because of your data.

If you ask me LinkedIn has the obligation to the people to:

‍
If you want to learn more on this matter or you want to share your concerns and cases, you can contact me personally (Yuma Heymans, info@herohunt.ai) or, ironically, on linkedin.com/in/yumaheymans, for as long as I'm not banned.

Search billions of profiles through dozens of platforms

Search billions of profiles through dozens of platforms

Thanks for joining our newsletter.
Oops! Something went wrong while submitting the form. 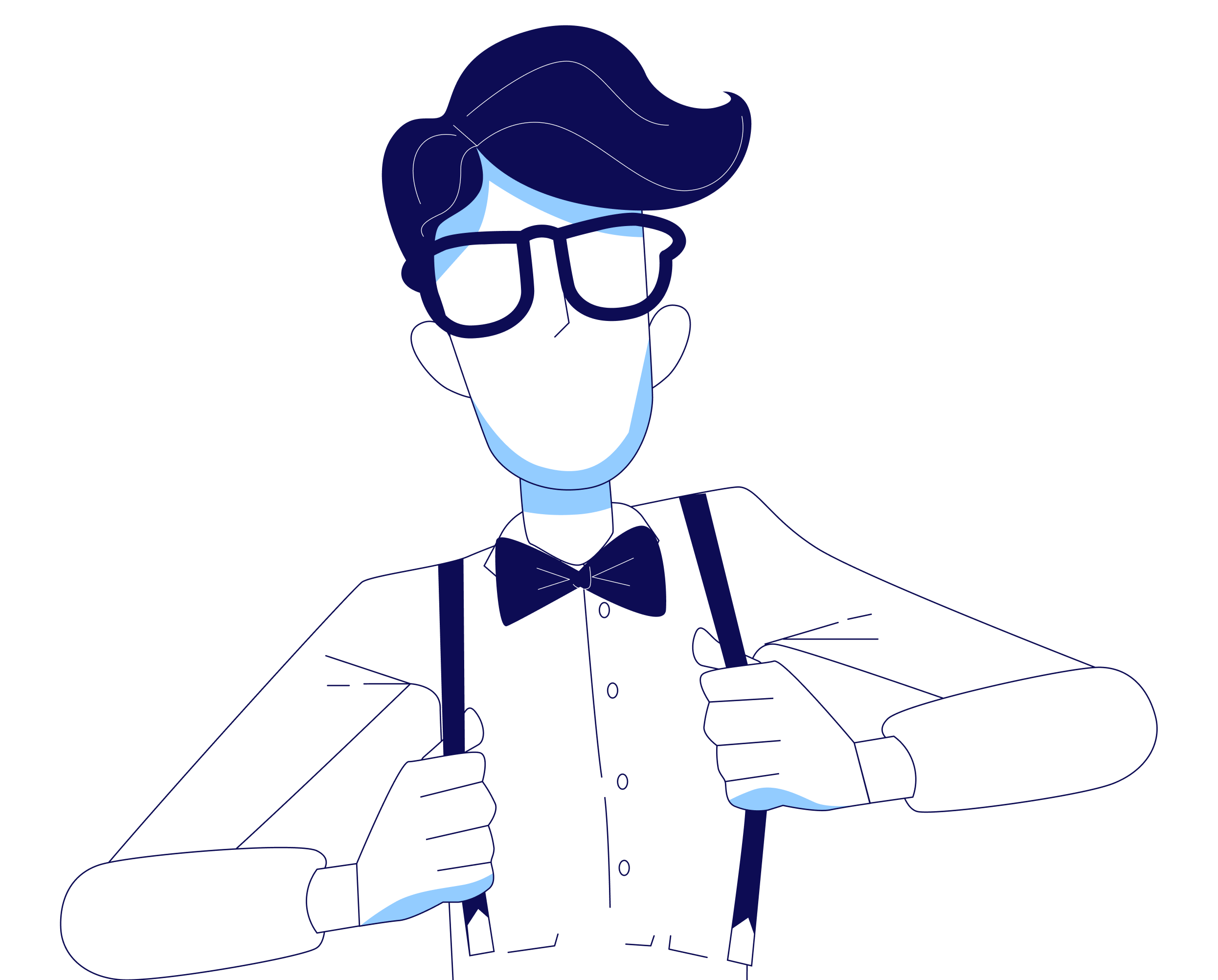 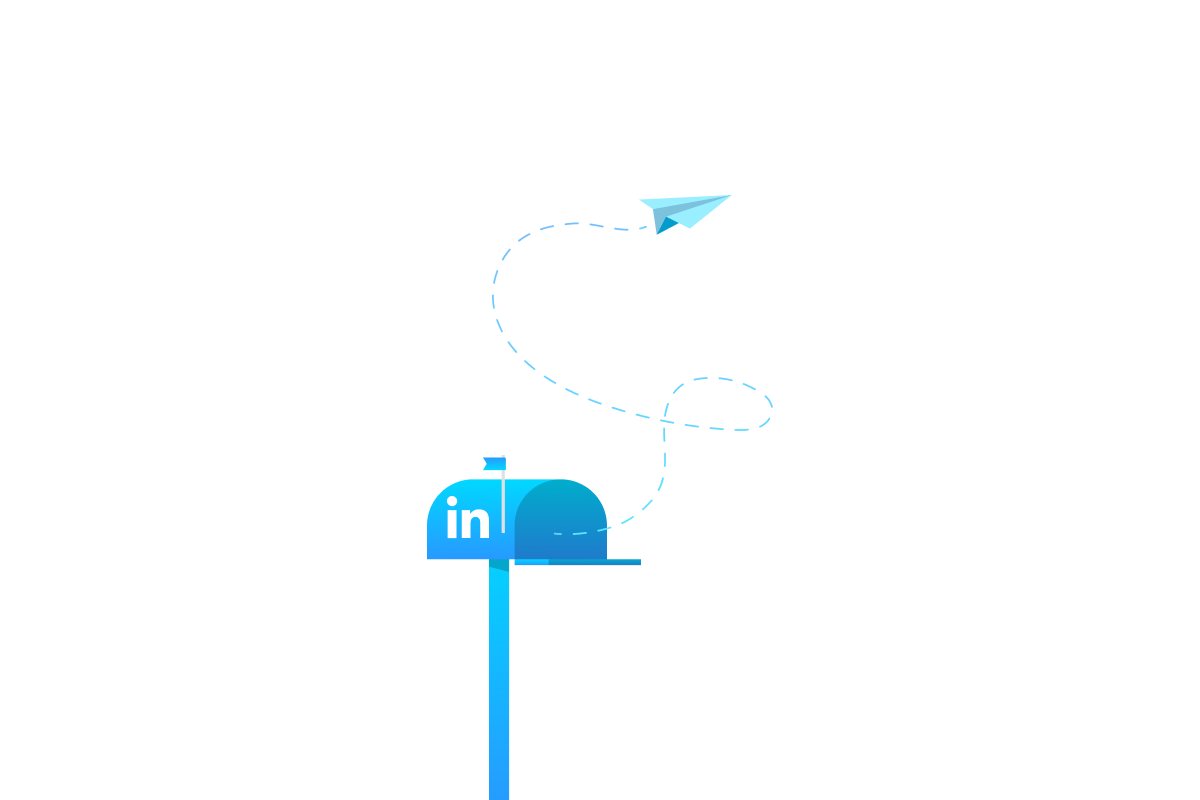 How to send unlimited messages to candidates on LinkedIn

Using LinkedIn group messages you can send unlimited and free messages to candidates on LinkedIn. 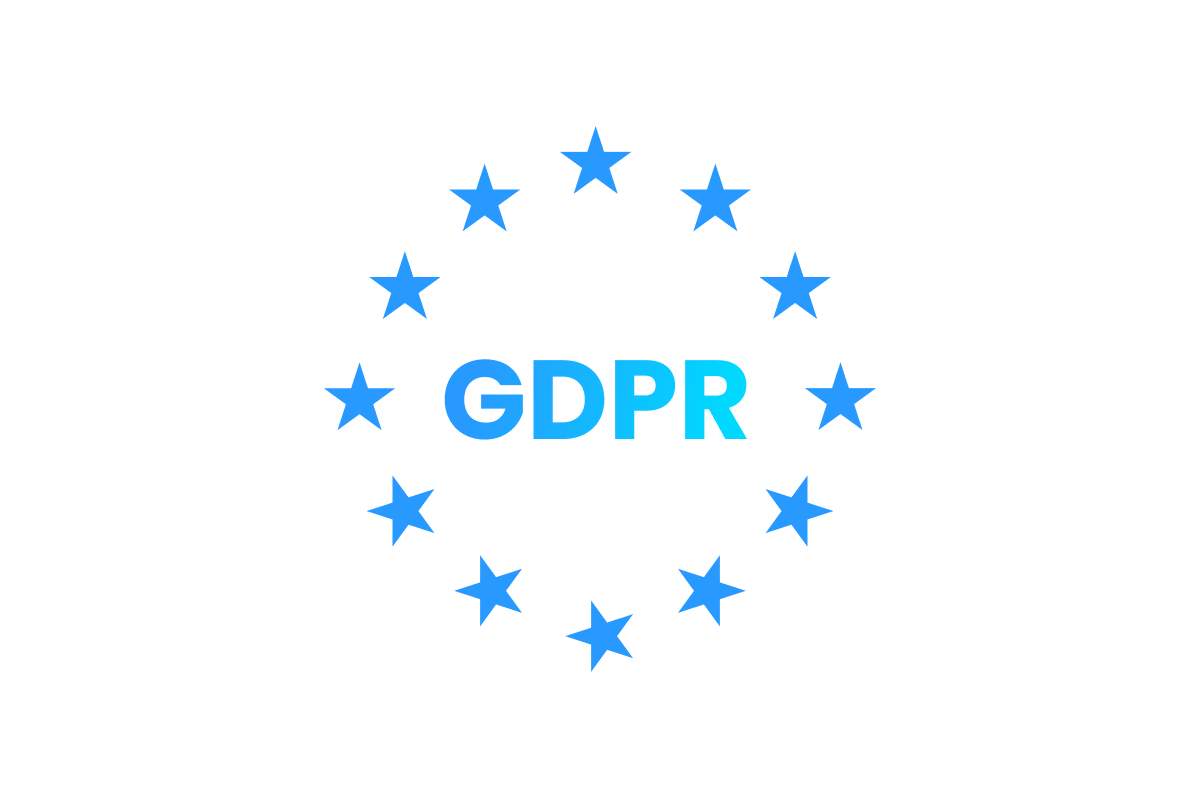 GDPR in Recruitment: DON’T do this

Every business in the EU has to comply with the GDPR, that also applies to recruiters and noncompliance can cost a business as much as 4% of annual revenue. 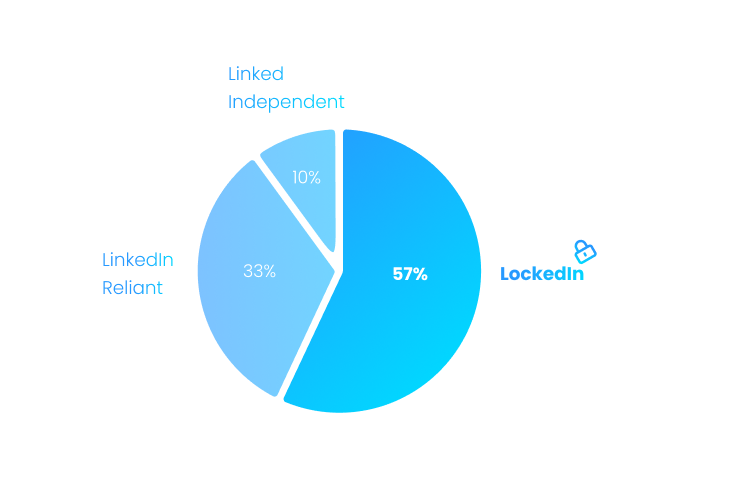 We received 100 responses from tech recruiters to the question: What is your dependency on LinkedIn? This is what they answered.